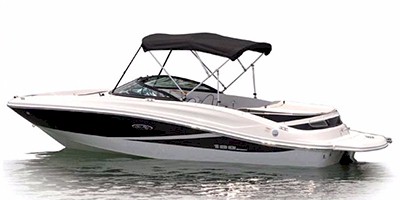 Popular media suggest that hero’s wear strange costumes and have super-natural powers such as the super hero images perpetuated in animation and sci-fi dramas. These images are entertaining but discourage viewers from recognizing and internalizing how they can behave as a hero. If people are brainwashed into believing that hero’s fly, have x ray vision, or have other mutant like qualities they are unlikely to recognize how small gestures like calling the police when someone is being harmed is heroic. This disconnect can breed complacency and encourage inactivity otherwise known as the by-stander effect.

By-standers are those who witness injustice and reinforce it through silence or turning a blind eye. When bystanders take photos or videos with their smartphones of a bully harming someone and later post these images online they quickly become cyber-bullies and further humiliate the victim. Cyber-bullies may have different motives and personalities than traditional bullies, however the insidious emotional harm and humiliation they create have the potential to become more devastating than the pain created by traditional bullies. The latter is in part due to the global distribution that an internet posting can have, particularly if the posting becomes viral and continues to get reposted and spread by viewers. For the victim, this is often experienced as an emotional mob attack on their identity and self. Cyber-bullies have recently been highlighted in the media because of the recent increase in the number of suicides that appear to be related to some form of cyber-bullying.

It is currently believed that bystanders hold the key to becoming a hero by simply taking direct or indirect action and putting an end to the antisocial behavior of bullies. Simply telling a bully to “stop” their antisocial behavior is a direct way of challenging bullies. However, indirect strategies can be just as effective and at times more prudent such as anonymously reporting a bully to the authorities, administrators, teachers, or parents. Other indirect strategies include avoiding any type of reinforcement that a bystander may be offering such as laughing or smiling at the bully while they are victimizing someone.

The line between being a by-stander and a hero or a future bully is small yet significant. By helping others learn how they can become a hero who takes action that significantly decrease the likelihood that someone else will continue to be victimized is a profound way to promote pro-social behavior. The latter is important in a time when many bystanders can easily become future bullies through the use of social media.