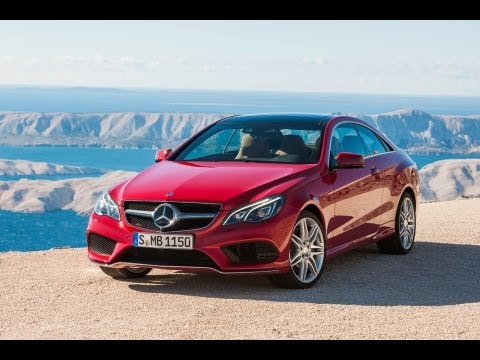 I had moved from my sleepy little hometown to the city, about twenty-five miles away. Fresh out of our tiny college, I was making my way as a junior copy-editor at a small magazine. Small magazine, small salary, small apartment… and a lot of homesickness. It’s not easy being truly on your own. Even through college, I’d stayed close (about five miles, actually) to my family. Now, although twenty-five miles is not technically a long distance, I was really separated from them. I couldn’t just run over to Mom’s for dinner after a long day of classes. When I called the house, everyone was busy, following their usual routine. Their lives were clearly still in motion in my absence. But mine was stalling a little, in theirs.
Still, I adored my job. It was so much fun, and I was gradually making friends, waiting to meet people who really shared my interests. And… I had my eye on one of my co-workers, who happened to be English. Fabulous accent, of course. He seemed really, really nice, and I was pretty sure from the office gossip that he was single. My only trouble was meeting him. I know this is bad, but I have a tendency to let people come to me. It’s really hard for me to be “outgoing,” and when I try, I feel like I’m acting the role of the ultra-friendly girl.
Unfortunately, it seemed that Mr. Nice was also on the reserved side. Actually, it seemed more like he just didn’t notice me, which was discouraging. But an awesome icebreaker was to come my way, in the shape of a tiny gold cufflink.
Something of a classy dresser, Mr. Nice always sported a pair of engraved gold cufflinks in a classic, old-Hollywood font. It was one of those little details that you kind of obsess about when you don’t really know someone. I was mentally building up this image of him as a young Orson Welles. So when I passed him in the hallway one day, I paused once I had gotten past the corner (this is embarrassing), just so I could peep around it for a second look.
I peeped. Thinking back, I am extremely glad he wasn’t taking a second look at me. Well, actually, that might have been nice. But I digress. I peeped, and noticed a little golden shiny object on the floor. A cufflink! Slowly I picked it up, imagining myself returning it in a Jane Eyre-type scene, full of witty, yet moving dialogue. Then my pragmatic self stepped in. ‘This is ridiculous. Stop being so goofy-he’s just an ordinary guy, no big deal, definitely not Orson Welles. Return the cufflink, or put it in the Lost and Found, for Pete’s sake! But do NOT cast yourself as Joan Fontaine or you’ll make an idiot out of yourself, in front of him!’
Ha. Resolute. That was me. I walked confidently, briskly down the hall to his office, rapped smartly at the door, and opened it, trying not to thrill at the brief “Come in!” that did sound so like Orson Welles.
“You dropped this,” I said, hoping that my insane Joan Fontaine self was not mimicking Jane Eyre’s half-smile.
I expected a simple thanks. Instead, Mr. Nice quirked an eyebrow. “How very observant of you, Miss…?”
“Bell.”
“Miss Bell. Yes, I did drop my cufflink, with the intention that you would notice and bring it back to me so that I could ask you to have dinner with me tonight. I’m very glad you saw it; I was afraid you’d gone around the corner before I got it undone. Cufflinks don’t usually just fall off, you know. It would have been embarrassing to go back for it later and have to look for some other silly ruse. But simply trying to catch your eye over the copy machine hasn’t been very successful, and so I was driven to silly ruses.”
Dumbstruck, I stood there for a moment, before responding, “You could have simply said hello to me, and started up a conversation.”
“I’m afraid I’m not very good at that. Ice breaking. It’s never been my forte. However, that is beside the point. The ice has been broken. Will you come to dinner with me tonight?”
In the weeks and months that followed, I missed home much less. And Mr. Nice turned out not only to be very Wellesian, but also quite… nice. So nice, in fact, that soon we’ll be ordering him a new pair of engraved cufflinks, this time engraved with… our wedding date.…