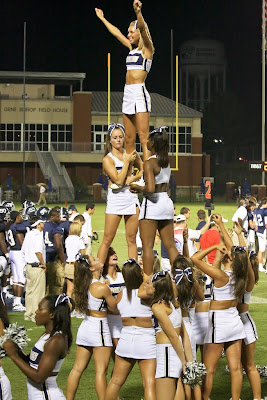 Well, Bunyodkor are champions of the Uzbek League and Scolari is looking forward to the challenge of leading his team to the AFC Champions League title as well as a place at the 2010 World Cup in South Africa. But the man behind Scolari taking this coaching job is Brazilian Rivaldo, who now plays for Bunyodkor. Scolari admits that he was also, “…fascinated by the ambition of the Bunyodkor chiefs. A project of this scale is a fantasy!”
Soccer Crazy!
Coach Scolari, who is currently on an 18 month contract with Bunyodkor, is confident that Uzbekistan has a great future in the world of soccer. He feels that they have a lot to offer and will make their mark in due course. He complimented the talented young team for having qualified for the U-20 World Cup in Egypt this year. According to Scolari, this soccer crazy nation plays a game closer to the improvisational South American style than the tactical European style. “Uzbekistan soccer is half tactical and half technical,” is how coach Scolari puts it.
Big Ambitions
As of now, Scolari’s eyes are set on the Asian Champions League, which he hopes his team wins. His ambitions for Bunyodkor and himself are quite high, considering he wants the team to win every single tournament they participate in! That’s a tall ambition for any coach, even one of Scolari’s ranking! Talking about ambition, Bunyodkor recently made headlines with its claim that it was about to sign on famous Internazionale soccer shirt number 9, Samuel Eto’o! Though Scolari refused to say anything about the Eto’o deal, he did reveal that he definitely has plans to bring some big stars to Bunyodkor soon and is on the lookout.
Brazil & Barca rule!
A candid Scolari admitted that being a Brazilian, he considers Brazil as the world’s best international team. On the club level, he thinks Barcelona is the best. Having been around for so many years, Scolari has seen the game of soccer change drastically. He feels that it’s become more of a money making business with soccer players constantly transferring from one club to another. Earlier, players were worried about earning the reputation of being mercenaries. This ace coach is happy to note the great improvements in science, technology and marketing, which are now so much a part of the game. He even feels coaching has changed over the years, with teams relying a lot more on their coaches.
Well, Scolari, your team is certainly relying on you and knowing you it won’t be long before Uzbekistan takes centre stage on the pitch in their national team’s World Cup soccer uniforms! As for Scolari’s ultimate dream, it is to go back to his country and end his career in Brazil before retiring……