Playground Equipment For Your Backyard Play Area – Should You Buy a Trampoline? 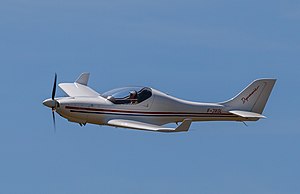 Children want everything that they see, whether it is on television, or in a neighbor’s yard. If your children have been asking for something it is because they have seen it somewhere. Trampolines certainly look like a lot of fun, but the question is – When considering playground equipment for your backyard play area, should you buy a trampoline?

A trampoline is a hazardous addition to your playground and must be treated as such. There are potential risks and recommended guidelines involved with using a trampoline. The U.S. Consumer Product Safety Commission (CPSC) estimates that in 2001 there were 91,870 injuries treated in hospital emergency rooms that were directly related to trampolines. About 93 percent of those injured were under the age of 15, and about 11 percent of those were under the age of 5.

There have been 6 reports of deaths of children younger than 15 involving trampolines since 1990.

Over a 20 year period, that number is not alarming by itself when you consider the number of deaths each year from bicycles, swimming, falls and other play related activities. Still, the number of injuries and the types of injuries sustained are serious enough to warrant a closer look.

Injuries and deaths have been caused by:

Falling onto the trampoline frame or springs

Jumping or inadvertently falling off the trampoline

While most injuries are relatively minor, they can be serious. Trampoline injuries include:

The risk of some type of injury is high enough that the American Academy of Pediatrics advises against having trampolines at schools, outdoor playgrounds, even in your own backyard. This is a good recommendation because children usually get carried away and bend the rules of play in any unsupervised setting.

Even though the risks are high, children and adults continue to use and enjoy trampolines. They provide entertainment and exercise for everyone that uses it. Children don’t usually outgrow a trampoline as quickly as they do some other types of playground equipment so a trampoline may help keep them playing at home longer.

The trampoline industry, together with the CPSC has generated a list of standards to help educate the public and keep injuries down. These standards include:

– Padding must cover the entire metal frame, hooks and springs

– Ladders cannot be sold with trampolines

Safety netting and padding have long been available for trampolines. These items are usually sold as accessories leaving it up to the individual to realize the need for them. These are safety items that should be purchased and installed along with the trampoline.

The safety netting is designed to keep the user from falling or jumping from the trampoline. There are support rails for the netting that extend well above the heights achieved by most jumpers. The rails are padded in case of collision. Multiple ties keep the netting secured to the rails and the frame of the trampoline.

A tie down cover guards the exposed metal frame, springs and hooks. This cover not only helps pad the metal, but also keeps the jumper from inadvertently stepping through the holes between the springs.