The Blogosphere Is Not Your Personal Playground 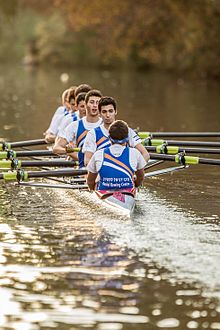 E-bullies have been around since the Internet was made mainstream but it seems there is a growing trend in the blogging world of people who think they can do or say anything they want on theirs and others’ blogs.

There has become some type of seniority and elitist mentality in which many people feel they can do or say whatever they want to someone because it’s on the Internet and they can hide behind a keyboard. It’s been happening in video games and even in forums for a long time and the problem has now transcended to blogs and the comment sections of blogs and articles online.

Here are some examples of the types of Internet bullies perusing the Internet on any given day:

Aï¿½ The troll: This one is here to string you along, get you and others riled up and just generally make chaos for his own amusement. The troll rarely makes sense as doing so would go against the purpose of being a troll.

Aï¿½ The grammar snob: This one likes to point out each and every mistake in spelling or grammar that someone might make in the original post as well as in comments but she does so in such a self-righteous manner that she makes everyone else feel inferior. Her goal is to make herself feel better by making you feel stupid.

Aï¿½ The meanie: This one exists just to make others feel bad on the Internet. She will do or say any mean thing just to make you feel bad. There’s no reasoning with this one either since the only purpose of this e-bully is to push others down and make you cry.

Chances are pretty high that you have experienced one or more of these e-bullies at some point if you write online. So how can you handle it if your blog is attacked?

The good news is there are actually several ways of handling these situations. The first is to understand that the blogosphere is not the e-bully’s personal playground. He can’t do or say whatever he wants and you don’t have to let him push you around. However, there are some situations best handled by ignoring them so you need to learn when to stand up and fight and when to shrug it off and ignore it.

Let these e-bullies know the blogosphere is not their personal playground and you’re not going to play along with their games.