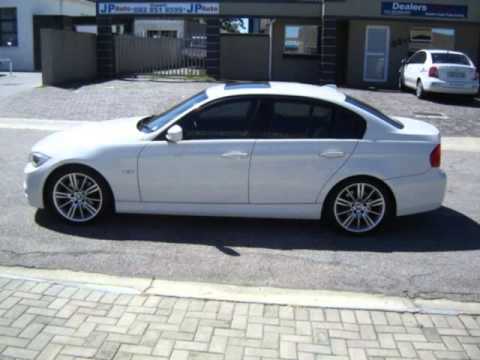 Tom Dempsey was born with a partial right arm, and only half a right foot. To most, that would have ruled out a life in football, but Tom had a different belief system.
He developed a custom kicking shoe that fit his disfigured foot, with a flat toe about three inches in diameter. With hard work, Tom mastered the technique of his special equipment. He would swing his leg and drive the ball like a polo player using a mallet, propelling a football long distances.
Unbelievably, Tom made it to the NFL and landed a job as kicker for a new team, the New Orleans Saints. The Saints were finishing up a dismal season. With only one win to date, they were playing a much better team, the Detroit Lions. With just two seconds remaining on the clock, Tom Dempsey had a chance to kick the game winning field goal. But, there was much more than just the game on the line: history was at stake. Dempsey hit a 63 yard field goal through the uprights-the longest field goal ever, propelling the Saints to a 19-17 victory. That kick was a defining moment in his life. Using his special strength, Dempsey became an inspiration to millions on that day in 1970.
All true winners have learned to turn an apparent weakness into a strength. David Meador is a champion in his own right; David won the U.S blind golf championship. But that is not what makes him special-David has learned to turn his blindness into a platform for his professional speaking business. David speaks around the country about focus-yes focus. He shares with his audiences that blindness has allowed him to remain focused on the important aspects of life. His blindness does not allow him to be distracted by television, YouTube or text messaging, aspects of everyday life that can deter many of us from achieving our potential. As David puts it, he is the only guy in America who can walk into Home Depot and not be distracted by anything on the shelves. David’s blindness is his strength. In fact, his message is so powerful that he usually receives a standing ovation; David’s apparent weakness is his most poignant ally.
Voltaire likened life to a game of cards. Each player must accept the cards dealt to him. But once those cards are in hand, he alone decides how to play them to win the game. Tom Dempsey and David Meador took their cards and played a great hand. What cards have you been dealt?
Drill: Playing your cards
Most people run away from their weaknesses, or just deny their existence. Sometimes it is too painful to acknowledge them or just too energy draining to work on them in our high paced lifestyle. What is not realized is that many of our weaknesses can become a great strength–it all depends on our perspective.
President Andrew Jackson turned an apparent weakness of having an overly hot-temper into a negotiating strength. Andrew Jackson’s hot-temper did cause him much trouble-he carried two bullets in his body from duels and gun fights. He even once threatened to kill his own vice-president. But he used his hot temper to his advantage during a banking crisis in his presidency. A group of bankers came to him asking for economic relief from the government. He thought their pleas were unjustified and acted out with such fury that they disregarded their proposal. Once they left, his fury subsided and so did the issue.
Perhaps you can use your fiery temper as an occasional negotiating tool.
Or, on the opposite side of the emotional spectrum, you are a bit timid and non-assertive. Many might see those traits as weaknesses in the world of selling. But, it is a matter of perspective. Being timid and non-assertive can greatly act to your advantage, if you let it. Those traits can be seen as the soft sell approach. Many individuals would prefer to buy from someone who is less assertive than overly domineering.
List 5 of your apparent weaknesses. For each, describe how they can be turned into your advantage.
1. How to use it as an advantage:
2. How to use it as an advantage:
3. How to use it as an advantage:
4. How to use it as an advantage:
5. How to use it as an advantage:

April 27, 2021 Daily Sport News Comments Off on Having an Action Camera Can Help You Become Even Better at Any Sport

In this day and time, technology has brought us endless possibilities. Having a video camera to record your action packed moments, comes useful in so many ways. When you use a camera to record while […] […]

Become A Better Soccer Player With These Great Tips

October 17, 2017 Sports Articles Comments Off on Become A Better Soccer Player With These Great Tips

Great Tips To Help You Become A Better Soccer Player

December 21, 2018 Sports Articles Comments Off on Great Tips To Help You Become A Better Soccer Player

You have so much fun playing soccer. But, you want to take things a little further by acquiring some knowledge to help you with your soccer game. Truly, soccer is a great sport, and you […]