Parents Worry About Their Child Being Bullied 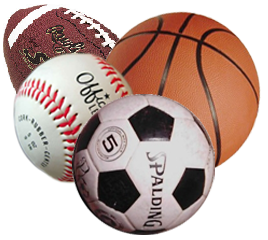 I think that all parents worry about their child being bullied. When you let your child go off to school at the age of 4 or 5 you are no longer there to protect them. The child has to make his/her own way in the world.

One of the questions that I raised at the initial parent teacher meeting at my daughter’s school was “is there adequate supervision in the playground?” The answer was that there would be a teacher and one or two classroom assistants in place to watch what was going on.

My daughter also told me when she was in Junior Infants that she wasn’t allowed to play with the kids in Senior Infants (one year older). I thought that was a bit strange so I asked the teacher about it and she explained that it is better if the kids play with their own age group. I suppose there is less likelihood that the bigger kids will pick on the younger ones.

Despite this there have been mornings when I am brushing my daughter’s hair that she becomes a bit tearful. She might say “one of the boys hit me, or they took my ball without asking and they wouldn’t give it back, or the girls won’t play with me. I admit that I do find this a bit challenging sometimes when I am rushing to get out the door. But it is great that she is telling me these things because then I try and reassure her. I don’t think that these isolated incidents amount to bullying because kids will be kids and my daughter needs to learn that people don’t always get along, there will be minor disagreements.

See also  Does Your Parking Lot Need a Shade Structure?

One way is to try and teach the child to stand up for herself. This is not easy because little kids just want everyone to like them and they get upset if they think that another kid is being mean to them. This is why I think it is very important to make the time to listen to what your child is trying to tell you. I personally think that the best defence against bullying is to raise your child to believe that she is loved and secure.

Of course, my kids are still very young and by all accounts teenagers can be rather vicious towards each other and that is a different kettle of fish altogether. The recent case of Phoebe Prince is very shocking. We will probably never know all the facts. The court case is ongoing, it will never bring her back but perhaps lessons can be learned from its outcome.